Research of degree of heterogeneity of granulometric composition of soils

The degree of heterogeneity of granulometric composition of Сu(uf) is defined as the ratio of particle diameters corresponding to 60% (d60, mm) and 10% (d10, mm) particle content. 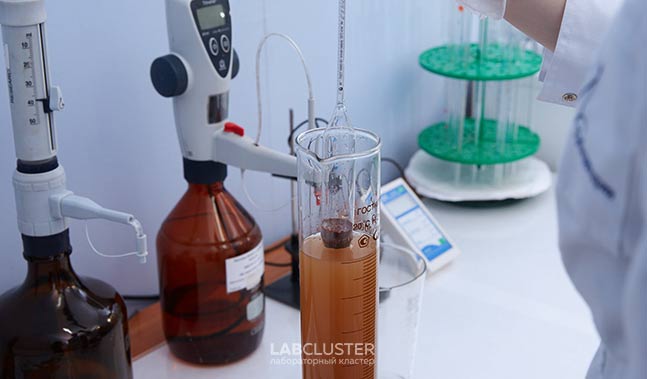 Сu is a classification indicator, the value of which can be used to define the heterogeneity of the soil granularity and its suitability for construction needs.

In addition, the Сu of soil can be defined by the shape of the cumulative curve itself. If the curve of granulometric composition has a steep slope, the soil is described as homogeneous, well-sorted or mono-dispersed. If the curve has a gentle slope - the soil is characterized as heterogeneous, poorly sorted, it is called multi-grained or polydispersed. Between monodispersed and polydispersed soils, there are transitional subtypes characterized by corresponding forms of cumulative curves. For example, a curve may contain steep or flat sections. Steep sections correspond to an increase in the content of fractions of a certain size, while flat sections correspond to a low content of fractions. In this case, the soil is characterized as mixed, multi-grained. In the figure shown, the curve characterizes an inhomogeneous polydispersed soil (Сu = 178). 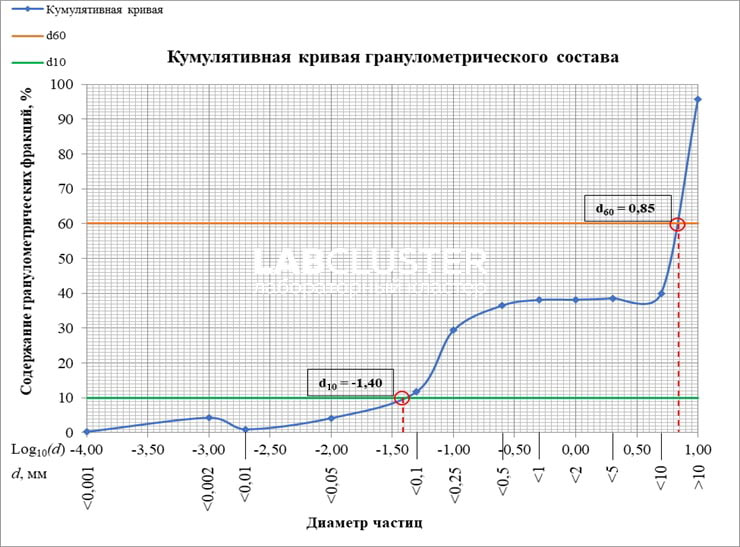