Laboratory tests of PCTs and PCBs 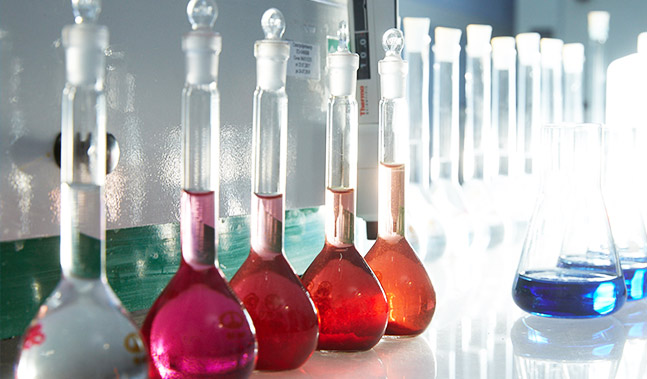 PCB-based fluids are non-combustible, resistant to strong electrolytes and do not conduct electric current, but at the same time conduct heat very well.
Compounds containing PCBs were produced in the USSR under various trade names until 1995.
The high toxicity of these compounds has been confirmed by numerous scientific researches with using of experimental animals.
Currently, PCBs are not produced, but everywhere the dynamics of the content of these environmental impact-resistant ecotoxicants is actively monitored in various environmental objects as part of state environmental monitoring programs.
In accordance with the Stockholm Convention, which was signed in 2001, each of the participating countries must destroy or neutralize the entire amount of PCBs released into the environment on its territory as a result of industrial pollution in a period dated 2028.
Considering the extremely low rates of biodegradation of these compounds confirmed by annual laboratory tests the task is difficult.
Moreover, during one of the initial stages of PCB transformation under subaerial conditions even more toxic compounds, dioxins, are formed.
In general, the toxic effect of PCBs and dioxins is similar: high concentrations cause skin lesions, a systematic exposure of low concentrations - damage to internal organs; mutagenic and carcinogenic properties of these compounds are reliably demonstrated.
In general the history of PCBs clearly reflects the flip side of the rapid pace of scientific and technological progress.
One way or another, everything related to polychlorinated biphenyls (PCBs) and polychlorinated terphenyls (PCTs) is currently relevant only to environmental chemistry and environmental monitoring.
Analytical methods for the research of PCBs and PCTs are complex and high-tech.
They suppose using gas chromatography-mass spectrometry and a complex sample preparation scheme.
Calculations of component concentrations are based on the internal standard methodology.
Imitation surrogates, including isotope-labeled ones, are introduced into the test object before the start of multi-stage sample preparation.
The high complexity of the technology for the analysis of PCBs and PCTs determines the highest level of requirements for the technical equipment of the laboratory and the professional level of work performers.
Our laboratory is accredited to:
- laboratory tests (analyzes) of PCBs in bottom deposits, soil, water, marine fauna
- laboratory tests (analyzes) of PCT in bottom deposits, soil, water

Who needs to develop a "program of regular observations of a water object and its water protection zone"?
The program is necessary for all companies that discharge waste water into a water body.