Laboratory research of the density of the skeleton (particles) of soil

The density of the soil skeleton (particles) ρs (g/cm3) is an indicator that indirectly characterizes the mineralogical composition of the soil, which is equal to the ratio of the mass of the solid phase of the soil to its volume without taking into account the pore space. 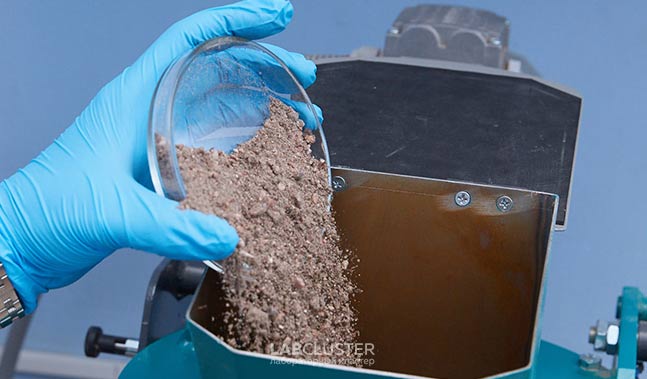 What is the density of the skeleton (particles) of the soil and why is it needed?

In practice, the average values of the ρs of various types of soil, shown in table 9 of item 2.34 of the Manual to SNiP 2.02.01-83, rarely correspond to the experimental ones. The discrepancy sometimes reaches 0.1-0.2 g/cm3, which is significant, and affects the calculated value of other indicators. We recommend using experimentally obtained values of ρs.

Determination of the density of the skeleton (particles) of soil is carried out by standard methods: pycnometric method and pycnometric method with a neutral liquid for the analysis of saline soils. During the analysis glassware and equipment that meets all the requirements of the methodology are used. Conducting this research requires special accuracy and appropriate qualifications of operators. The smallest deviations from the standard analysis procedure lead to a strong data dispersion with a difference of 0.05-0.19 g/cm3 with an determination accuracy of up to 0.03 g/cm3. 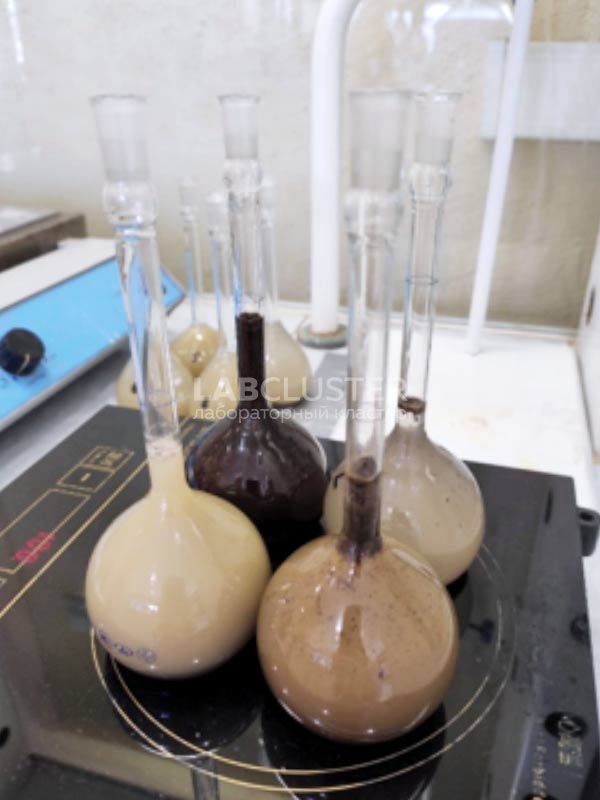 The main difficulties in performing the analysis include the need to completely remove the sorbed air from the soil and water. To do this, the samples are boiled using a sand bath, without allowing rapid boiling, for a set time (30 min. – for sands. 1 h. - for clays).

Other difficulties include the need to maintain temperature constancy and use a neutral liquid (kerosene) when analyzing saline soils. This necessity is explained by a strong overestimation of the result when determining the ρs of saline soil using distilled water. The error lies in the discrepancy between the mass of the saline soil sample and its volume, which is associated with the dissolution of salts in water. Since kerosene does not mix with water, it is necessary to use a completely dry sample in the analysis. Kerosene is pre-dehydrated and filtered using calcined silica gel. After cleaning the kerosene its density is areometrically determined. To remove air instead of boiling when using a neutral liquid, pycnometers with the contents are vacuumized in a vacuum desiccator for at least 1 hour.

All weighing procedures are performed on high-precision analytical scales. The final calculation is performed using spreadsheets, excluding errors related to the human factor.