Tin-organic compounds are chemical compounds in which organic groups are directly linked to the tin atom. They are widely used in the production of pesticides, film materials, and paints. 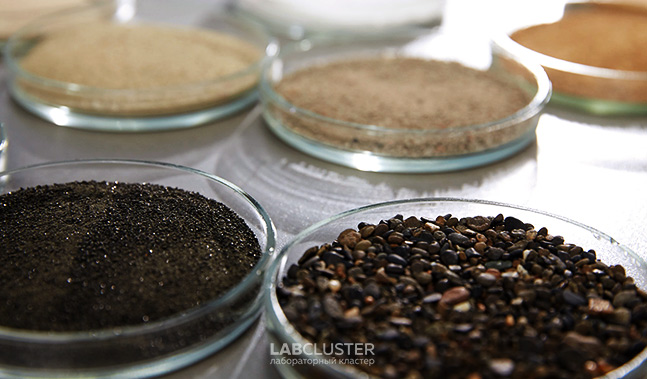 For many years, tributyltinchloride (TBT-chloride) was part of the paints used for manufacturing of coatings for ships to prevent the fouling of the bottoms with algae and shellfish. This is associated with the high toxicity of tributyltin. However, very high toxicity is a disadvantage of TBT. This compound migrates from the coating to the surrounding water and deposits on the surface of sediment particles.

TBT in bottom sediments accumulates within the waters of ports, on the paths of large ships and in areas of marine structures covered with antifouling paints. TBT dissolves well in fats, accumulates relatively steadily in bottom deposits, in biota, and is transmitted along the food chain, affecting the immune and endocrine systems of marine and river inhabitants. The environmental problem appears.

Also Russia is a member of the Helsinki Commission, which makes TBT a priority pollutant subject to mandatory monitoring.

TBT in bottom deposits changes over time for various reasons. There are other tin-containing cations: dibutyltin, monobutyltin. In addition to TBT, in colors manufacturing triphenyltin is used. Therefore, it is also necessary to monitor the concentrations of these products in bottom sediments.

The laboratory performs gas chromatographic separation with mass spectrometric detection. These are GC-MS or GC-MS-MS systems.

The analysis procedure is quite complex.

During pretreatment, there is an acid or alkaline extraction of organo-tin cations, derivatization using sodium tetraethylborate with simultaneous extraction of the products of derivatization with hexane, concentrating of the extract, its purification, another concentrating and analysis on chromatographic mass spectrometers. A certain number of internal standards are added to the sample to control pre-extraction processes. In order not to lose volatile products, the concentration stage must be carried out at temperatures no higher than 40 degrees Celsius. The process requires a certain amount of time, attention, and skill. A set of internal standards helps determining the completeness of extraction and derivatization. This is a required condition, although it is quite expensive.

Our laboratory is accredited for the analysis of organic tin compounds in bottom deposits and soil.